Born in 1937 in New Haven, Ct., Eugene Gregan at 75 remains today one of America's most accomplished, versatile, and productive painters. The grandson of Russian immigrants, as a child he watched transfixed as Rudoph Zallinger painted his great mural "The Age of Reptiles" at Yale's Peabody Museum of Natural History: Gregan's long-yellowed copy of that work, rendered in charcoal and saved by his mom in the late 1940's still graces a corner of his studio. Growing up in New Haven, Gregan learned his street smarts in his city neighborhood and his rural skill set at his grandparents' huge dairy farm. A gifted athlete and student and an insatiable reader, he declined Ivy League football scholarships in favor of a classical painter's training at the Rhode Island School of Design.

At RISDE in the late 1950's and early 60's, Gregan worked in figures and still life images on large canvases, winning various scholarships, art festivals and awards, before moving to Taos, NM to study watercolor techniques with painter Tony Candido. Returning east to teaching positions at RISDE and Brown University, after several years in academia he resettled in New York. During the 1960's, he worked extensively at the forefront of design in America, including for the late Norman Ives as a commercial designer and illustrator, as well as for I.M. Pei, Joseph Albers and Herbert Matter. A regular during those years at New York's Cedar Tavern (the Lourdes, perhaps, of Abstract Impressionism), Gregan stayed true nonetheless to his classical painter's training. At the same time he began to incorporate oriental inks and calligraphic techniques into his work, along with other historical materials and practices from both the Chinese and Japanese traditions. 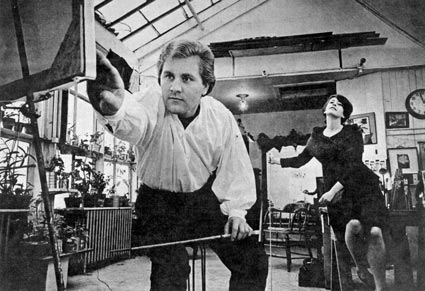 After extensive travels in Europe and North Africa, Gregan spent nine months in California studying Tibetan art before returning to his Brooklyn studio and teaching positions at Parsons School of Design and Trinity College. Following major shows in New York, Denver, and Paris, in 1970 he was offered the chance to move to a hilltop on the southern slope of the Catskill Mountains, in Ulster County, two hours north of New York City and just a short distance from where he lives today. Since then, Gregan's original home and studio, "Lookout Farm," has passed into history as a legendary destination for visual artists, musicians, itinerant gourmets, and the few others fortunate enough to have wrangled an invitation.

In the years since 1970, Gregan's productive pace has continued year-in and year-out, on a daily basis and an oft-enchanted seasonal cycle. He continues to work in a variety of styles and media, most typically in oil paints on linen or hemp canvas, but nearly as often in stone or in jewelry or in wood carving or in the crafting of his own precision tools. In 1974, at the request of Rinpoche Chogyam Trungpa, he traveled to Boulder, CO to establish an art department at the Naropa Institute; when he returned to the Catskills it was with his wife Beverly, from whom he's been inseparable ever since.

The couple's home, high in the mountains above Napanoch, New York, is a model of functional simplicity, warm and airy, filled with light and with a lifetime's exquisite work. The Gregan's gardens over the years, have evolved into a source of inspiration for all who've visited them. Like Monet's garden at Giverney, they're as much a part of the body of Eugene's work as they are of his daily life.

Like Monet or even more perhaps, like Cezanne, Gregan's widespread cultural appeal has developed steadily over the years. Time however, is on the side of painting that endures and in the end, what is real abides. The Gregans and their friends hope your visit here leaves you richer and more curious than you arrived. And if you want to see more, just ask. 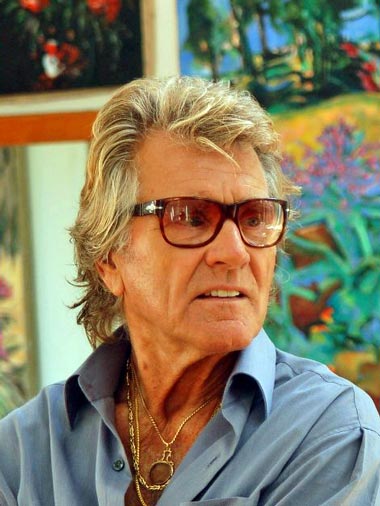 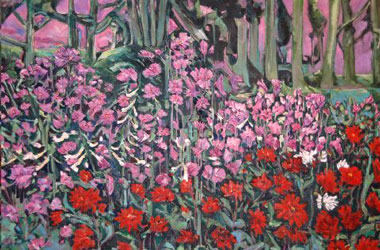